This week we have willingly taken it upon ourselves to review another range of vegan meat alternatives. This time we’re taking a close look at what Meatless Farm Co has to offer. Unlike some of the other companies that dominate the vegan supermarket shelves, Meatless Farm Co have a modest offering for us consumers. They sell two main categories of meat alternatives: plant-based pork and plant-based beef. I’m not mentioning this fact as a negative, as it seems that they’ve taken their time to develop what they think is best for the market before releasing it. They say they focus on flavour first when it comes to their products; we’ll be the judge of that. Their plant-based pork range is simply four products: sausages, sausage rolls, sausage patties, and hot dogs. As for their plant-based beef, they sell two products: burgers and mince. We’ve chosen what we think is a fair representation of their products to put to the test. We’re going to try cooking up their mince, sausages, & burgers into some tasty meals.

These sausages do the job; they’re a lovely meat sausage alternative. They have a wonderful herby flavour to them, and their texture is great too. These sausages worked perfectly in the creamy pasta we made the other week; you can read the recipe here. We pan-fried them, and they cooked up nicely, firming up well, making them great for this saucier pasta dish. I could see these also work well in a casserole or hotpot dish. Would I purchase the Meatless Farm Co sausages again? Yes, definitely! You get six in a pack, so for the price, they’re standard. I would say that they’re a reliable all-around sausage.

This mince was so easy to cook! Unlike other minces that we’ve tried, the Meatless Farm Co mince managed to retain its texture and browned up nicely. We’ve found the key is to make sure you’ve got a hot pan before adding the mince and to really give it enough time before adding any liquids. In the past, we’ve been too eager when making bolognese, and if you don’t give it time to brown thoroughly, it can become a tad mushy. We decided to cook it up into a Mexican inspired chocolate mole taco filling, so we seriously pumped up the flavours on this dish. We added in both ancho and chipotle chillis, dark chocolate, and loads of other spices, and impressively we could still taste the lovely rich mince through all of that! This is an excellent mince to choose regardless of what you’re going to cook, a superb all-around choice! You get 400g for the price, which is very good, especially considering the texture. I would definitely purchase this again; in fact, it’s pretty much our go-to mince now.

To put the plant-based burgers to the test, we decided to make up a classic American style cheeseburger with all the toppings. We used vegan brioche buns topped with vegan mayo, the burger with melted vegan cheese, lettuce, tomato, red onion, mustard, and a gherkin. This burger pattie is excellent, the stand out product from their range! The texture was spot on, and the taste was perfect for a burger like this. It easily holds up against some of the more expensive brands like Moving Mountains or Beyond Meat. And even better, it costs a fraction of the price of those other brands. This is our new favourite vegan burger! Check out the video below to see how we make it.

So what do we think of the Meatless Farm Co. range?

You can’t go wrong with any of the Meatless Farm Co products; their products excellently represent the standard of what plant-based meats should aim for. I’m really excited to see their range expand, as I’m sure everything they will release will be well-considered and thoroughly tasty.

If you’d like to try out any of the recipes we’ve made for this post, make sure to check out their recipes:

[…] Informations on that Topic: lovelyjubley.com/meatless-farm-co-range-review/ […] 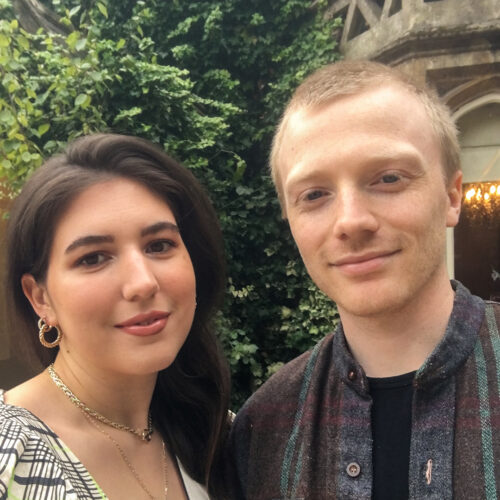 
We’re here to share our experiences of how simple, yet exciting it can be to lead a vegan life. Featuring everything from delicious easy vegan recipes & restaurant reviews to fab vegan products & supermarket food finds.

Find out more about us here.

This website uses cookies to improve your experience. We'll assume you're ok with this, but you can opt-out if you wish. Accept Read More